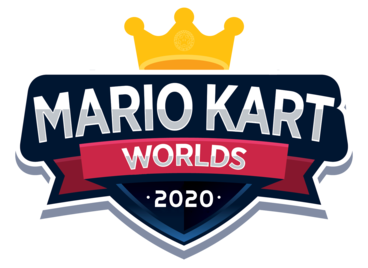 Mario Kart Worlds will be a 16 team invitational tournament that seeks to gather the best teams from all around the world to play a formal competition. The best teams around the globe will face off to determine which team will be crowned the best team in the world of 2020. Competition will play out over the first 2 weekends of December early in the day, with up to 3 matches per day. Each day's matches will start at 7am EST / 1pm CET / 9pm JST.

3 Matches will take place on December 5th. Teams will be seeded by 4 tiers, and split into 4 groups of one team from each tier. Each group will play a round robin, and the top two teams of each group will advance to the brack phase. A win will be worth 3 points, a tie is worth 1 point, and losses are worth zero.

The top 8 teams will then face off in a single elimination bracket consisting of best of 3 matches until a champion is determined. The following schedule will go as follows:

Tied matches in the bracket will result in an extra GP being played, and if there's still a tie, individual races will be played until the game can be determined.

The Mario Kart Worlds Discord Server can be found here.

Here you will be able to find links to streams and casts. We'll also be streaming the tournament on Mario Kart Central's Twitch, so check it out when the tournament is running. Anyone is allowed to join the server, but team captains must join the server. Feel free to join simply to ask questions as well. Registration will be done on the MKC registry, but will open later on for invited teams.

Ruleset can be found here.