Division One - Standings and Fixtures 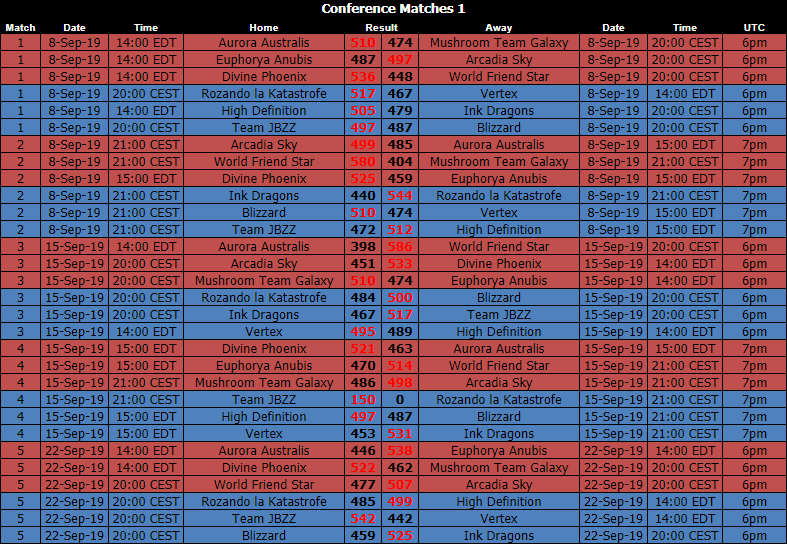 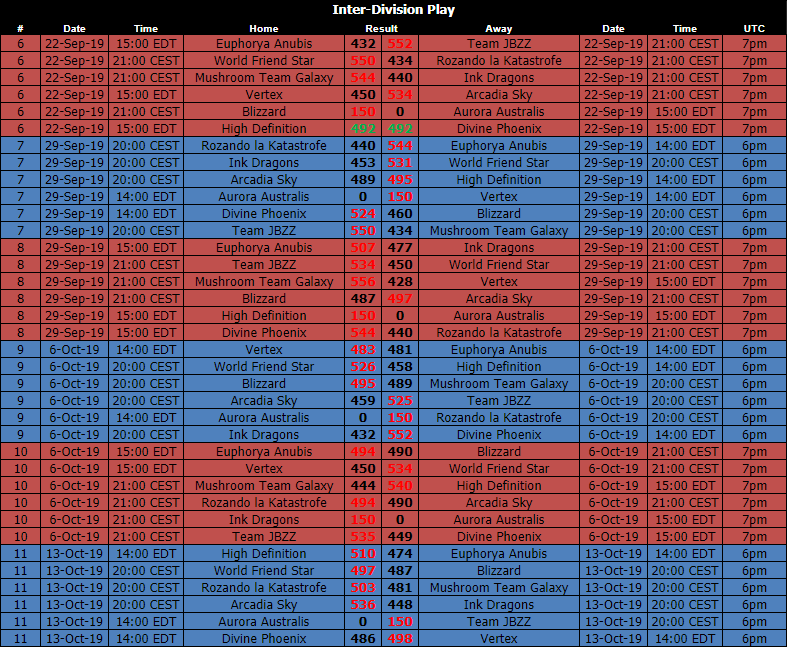 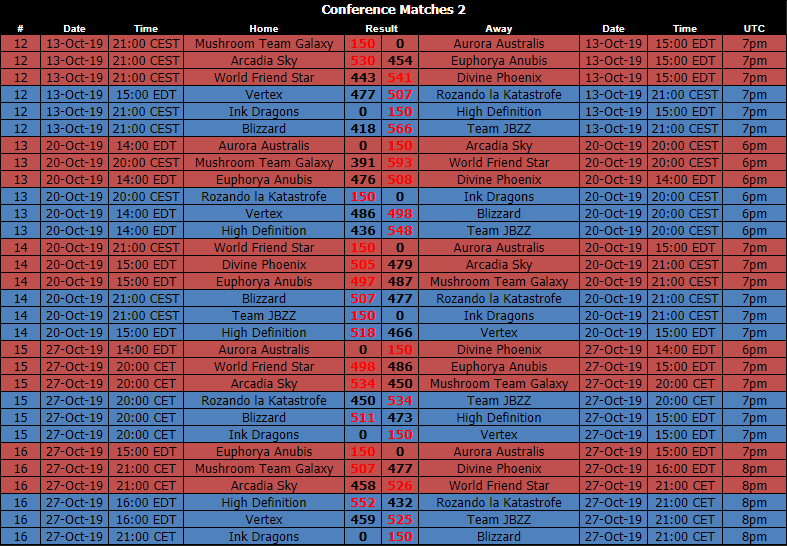 MKU Staff
Site Supporter
Founding Member
As of this date, Aurora Australis is no longer playing in the league. Their inter-division matches have been changed to forfeits and their future matches will also be scored as forfeits. Their indivs will stay on the sheet for the matches they played.

MKU Staff
Site Supporter
Founding Member
Despite one thread still being absent from this section, I've posted the end results for the season before the playoffs. If the score needs to be changed on the match that has a missing thread, it will be reflected on this thread.

Speaking of playoffs, the schedule is on the first post of the thread now. DVP and JBZZ won their respective conferences, so they will play against the team that wins in their quarter final bracket. Since France has something going on during that weekend, I expect some of the matches to be postponed, but I still want to see those matches played before the finals are meant to be played. This season should finish on time, so try to play your matches sometime during this week or next week.

As the rules describe things:
1st in conference: Make playoffs, get a bye in the quarter finals (1st and 2nd seed)
2nd in Conference: Make playoffs, host quarterfinals against wild card team (3rd and 4th seed)
3rd and 4th in Conference: Top 2 overall records out of 3rd / 4th placing teams make playoffs as wild card teams, will play the quarterfinals and not host; other teams play no relegation match (5th/6th/7th/8th seeds)
5th in conference: Fight for relegation week 10 against a semi-finalist loser in the division below (9th and 10th seed)
6th in a conference: You are relegated, your league ends here (11th and 12th seeds)

Mushroom Team Galaxy and Vertex will play against the semi-finalist losers from D2 which have yet to be determined. Aurora Australis and Ink Dragons dropped out of this season, but they still count as the 6th places in their conferences. More details will come soon regarding relegation matches.

Good luck in the playoffs.

The default time for these matches is 3:00 PM EST. If you want to play at a different time during that day, feel free to talk to the other team about it. Both divisions involved should know about it though. The hosting team will post the thread in their respective division.

As for the playoffs, JBZZ and wf still need to play their semifinal match, but the other matches have been played. The team that wins between the two will war against DVP who won their bracket.

Whoever loses between JBZZ and wf will war against HD for third place in the division. Given how one semifinal match is being played later, I can't provide a good time for the match to be played at.

I will update this post with other details if they are needed.

Mushroom Team Galaxy and Vertex also won their relegation matches, meaning they get to stay in the division.

JBZZ decided to give third place to HD, so they didn't play their match.