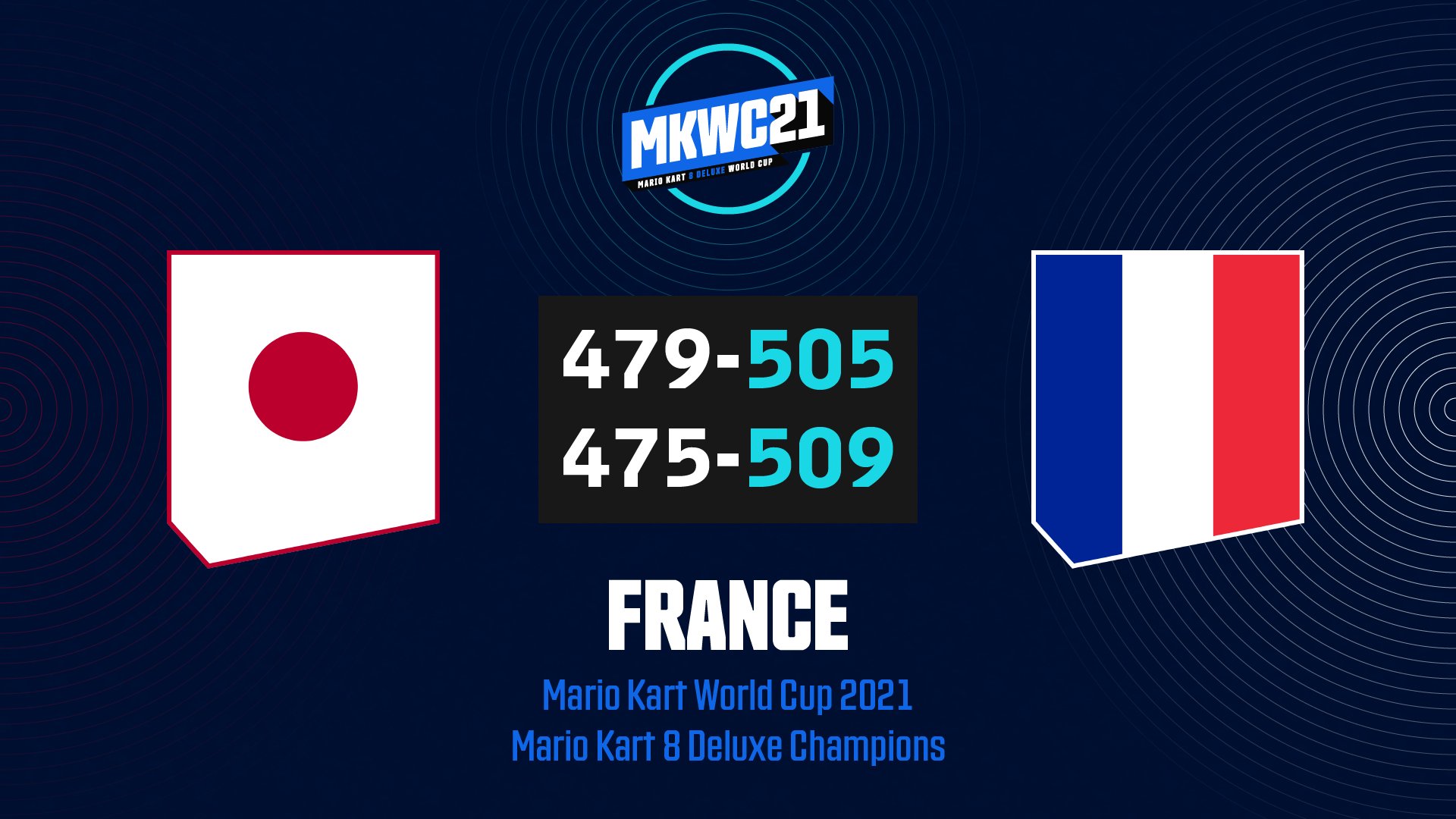 After a grand return in 2021, the MK8 World Cup has finally concluded, and this time there’s a new champion. To say that this is something that was never truly expected would be an understatement. After going 3-for-3 in World Cup victories in Mario Kart 8 on the Wii U, Team Japan appeared to be getting stronger every year. Without dropping a game in 2016, it was obvious that Japan won MK8. We thought at the time that perhaps the community would move on to a new entry in the Mario Kart series, but then the news that Mario Kart 8 would rerelease on the Switch broke.

This would certainly provide more chances for challengers to get a crack at ending Team Japan’s newfound dynasty. The first year of Mario Kart 8 Deluxe would certainly level the playing field again, given that players had to learn some new mechanics, techniques, and strategies. Team Japan lost a single battle, but still emerged victorious in the war. Much like the Wii U entry, Team Japan would only improve, and they stopped losing games. After 6 total World Cups, the tournament would not return in 2020, and their run looked similar to some of the all-time great teams of any sport – 6 Finals appearances, 0 losses. That was all she wrote.

Possibly no team was happier about the return of the cup than Team France, who had built momentum in the last 2 cups, but came just short both times. France has always been one of the largest communities in the Mario Kart 8 scene, and despite the lack of cups, there was no absence of motivation for their player base the last 2 years. In the western community, French teams have been dominant in most 6v6 competitions, so they were certainly ready for the moment.

In what came as a surprise to many, Team France dethroned Team Japan in a quick 2-0 sweep in the finals. It took 7 cups, but the second champion country finally emerged. Though a few people suspected that France may have the firepower to win before the cup started, not many expected them to roll through the entire tournament without dropping a single game, let alone to Team Japan. Ahead of their match with Team France, the Team USA captain, Nato, mentioned that he believed this was Team France’s strongest year and that they were better than Japan. His intuition ended up being the right call. There were moments where they had a few close calls, of course: at one point against every other team in the final 4, they were in a tight match with them a significant way into at least one match. Every time, though, the team would emerge victoriously.

The team’s captain, Power, claimed their victory was “the product of hard work and team chemistry.” In an interview ahead of their semifinals match, he said that the team’s confidence largely stemmed from the fact that every possible lineup they put out produced great results. It’s natural in team sports to expect a slight drop-off in performance whenever the starting lineup isn’t out there in full, but this was something Team France had no worries about – so much so, that they rolled into their most important match in team history without their captain. Instead, it was Daxx, another veteran and leader on the Team France roster who stepped in. With excellent performances from the veterans and newcomers alike (as well as some showing off from Valer on stream), France won both wars. The margins weren’t huge, but it felt that they had control for the majority of the set

“I watched it on the beach,” Power mentioned. Sometimes, reschedules don’t always go to plan. Luckily for Team France, they had a belief in all possible lineups. Power mentioned that “Cloudtop Cruise was stressful since I couldn’t listen to the call.” Of course, he’s referring to the close out race of game 2. Japan pulled the shock when they needed it, but France was prepared and dodged with another one off screen, which would end up being used as the final dagger.

Before the match, Team France was 0-6 all time against Team Japan. For a team with low mental fortitude, these facts alone can be enough to make execution incredibly tough. Sometimes confidence pays off though, and relieves the pressure a bit. The players on this team aren’t new to winning competitions, but the World Cup was always on Team France’s bucket list. You don’t see years long streaks ending every day, because they last years for a reason. But of course, when one respectable streak finally does come to an end, it’s special. You get to experience history.