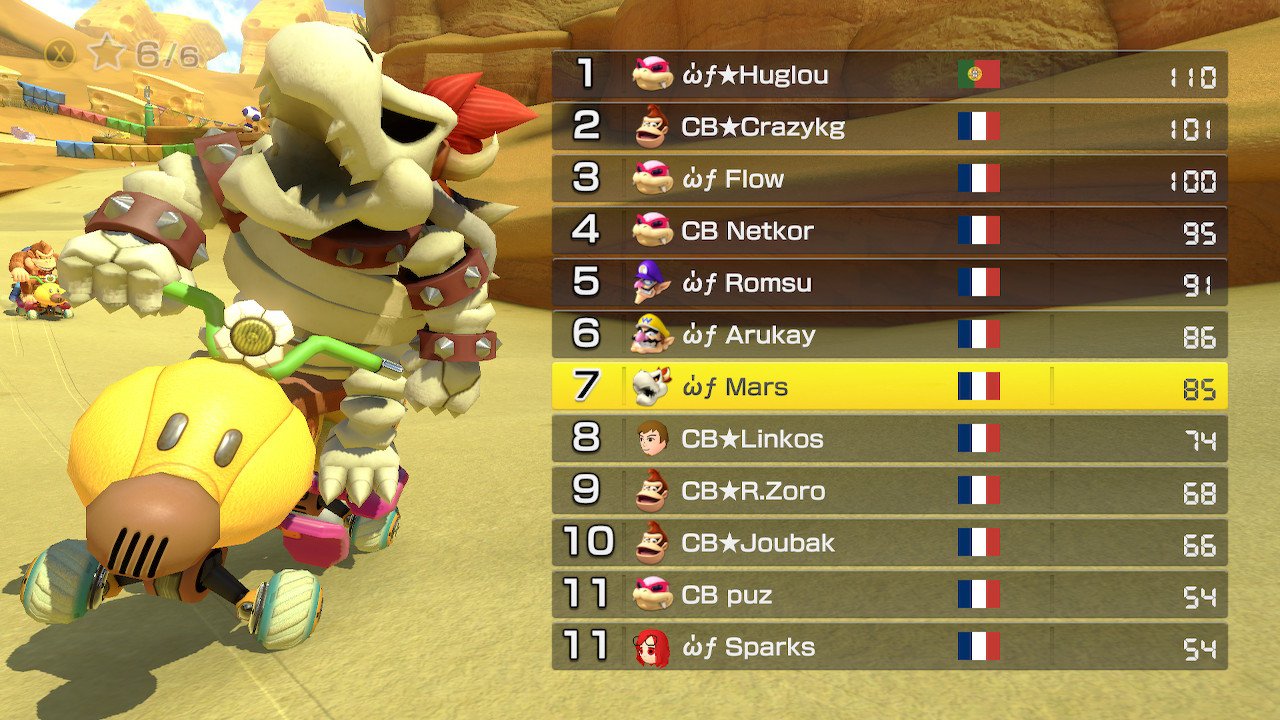 Founding Member
#4
GG we did terrible from the beginning to the end, once again we're not even able to do a decent season.

d. Players are allowed to play for the team they are registered with and that team only.

i. If a player is caught playing for a team they are not officially registered for, the team will have that player’s score subtracted or receive a default penalty of -120 (-100 for 5v5) for the respective match at staff's discretion.

If you go to 43:50 and speak French you will understand what I'm about to describe

Basically what's going on is at the end of lap 1 on dCL (Race 12) Joubak said to Yoan "take the controller i'm pissed" , in which he played lap 2 until the end of lap 2, when he got the bill, he then said "yeah give me I'll finish" which is clearly something that we won't allow here.

I doubt CB is even aware of what happened so we won't apply any team conduct or penalties against them, but we will be doing the following

- Joubak's Points for Race 12 will be removed, changing his score to 60, changing the results to 452 instead of 458
- Joubak (CB) and Yoan will be receiving Individual Player Conduct Flags, which will make them ineligible to play Week 6 and Week 7 of this season.