​
Hey everyone, hope you've been enjoying Season 3 of Lounge! We're really amazed with all of the success the server has seen in the last few months; we've been growing at a linear rate of ~600-700 new members per month since the start of Season 3, which is something we could never have expected before this year. Thanks everyone for playing! 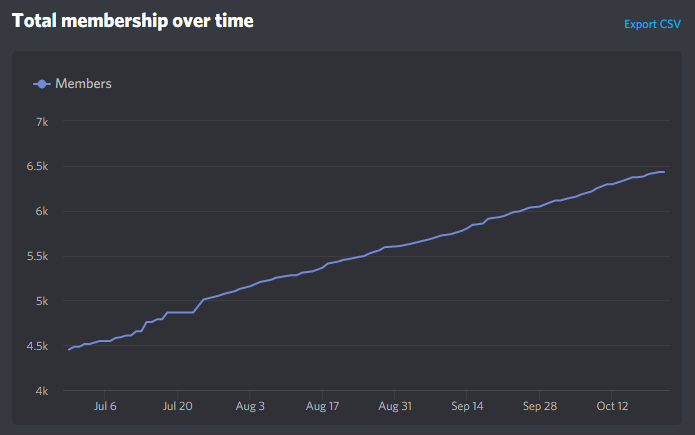 If you've been in the community for a while, you've probably heard of or played in GTT or mogis hosted on Twitter by Japanese players. GTT was a recently revived 3v3 mogi tournament that squads of 3-7 players could participate in with a ranked ladder similar to our MMR system. It was relatively successful for a few months before teams eventually began to lose interest. Twitter mogis are instant events where someone posts on a certain hashtag and gathers players for any size of event, from FFA to mogi format to instant 6v6s. For mogi-sized events, all it took was a player replying to the tweet with their availability and who their partners were. These were played very often between 2017-2019, and are still played somewhat today, albeit more infrequently due to the convenience of Lounge.

Today we'd like to introduce a new way of playing Lounge that combines elements from both of the types of events listed earlier: Squad Queue! The idea is similar to party systems in other ranked games: players form squads with their friends and play against similarly-ranked squads for MMR. The way it works in lounge in simple: players queue up with their partners, then squads are placed into similarly-skilled rooms based on their average MMR. These events will be held by MKCentral Event Organizers 2-3 times a week to make sure we get enough teams to make balanced rooms. To make this process possible, I created QueueBot, which does all of the pairing process automatically.

How the bot works

To start a squad, type !c and tag your partners. They will be "invited" to your squad, but won't actually be in it until they type !c themselves. Here's an example of this in action: 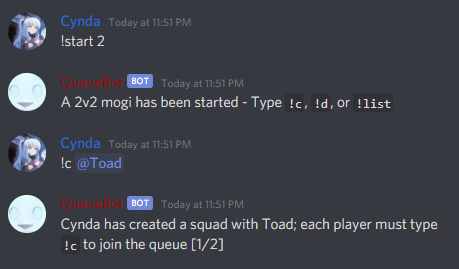 To join a squad you've been invited to, just use the !c command. Once every player in a squad has accepted their invitation, they'll automatically be added to the mogi list. 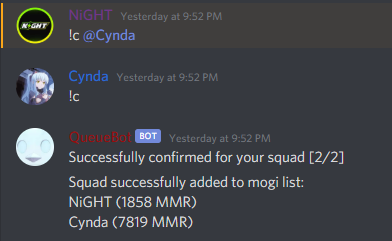 You can also view the list of confirmed teams using !l like you would in a regular lounge event:

To remove your squad from the mogi, just type !d like you would do in a regular lounge match.

Once signups close, a Event Organizer, Updater, or Administrator will use a special command to make rooms automatically, which sorts the list based on average MMR and places squads into as balanced of rooms as possible. Each player will be placed into a special channel based on their room like so: 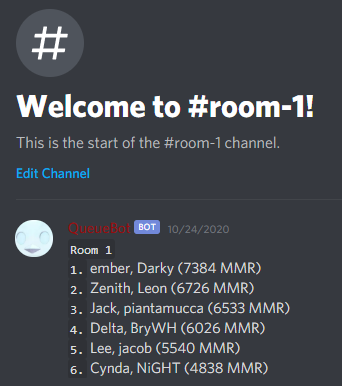 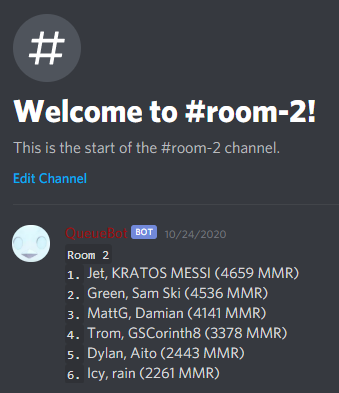 - To start off we plan to host these events 2-3 times a week; the first event will be Wednesday, November 4th @ 3:00 PM EST / 21:00 CET / 11/5 5:00 JST. If all goes well, we'll host two more events on Friday night (both EST and JST).
- The bot is compatible with 2v2, 3v3, and 4v4 mogis, so depending on what tournaments are hosted on a given week, we'll try to host a Squad Queue event of the same format that week.
- MMR gains and losses in Squad Queue will be multiplied by 0.75x. This multiplier may be changed later on depending on how much influence these matches have on MMR overall.

That's all, if you have any questions or concerns feel free to ask in the Lounge server or talk to an administrator. See you guys on November 4th for the first event!
Last edited: Nov 1, 2020